MBEs for three heritage craftspeople in the Birthday Honours

Plaster worker Geoffrey Preston, basket maker Hilary Burns, and coppice worker Rebecca Oaks have been awarded MBEs in the Queen’s Birthday Honours 2021, in recognition of their unparalleled craftsmanship and tireless work in ensuring their skills are passed on to current and future generations.

The three were nominated by the Heritage Crafts Association for this year’s Birthday Honours, following 20 previously successful nominations since 2013. Last month, the charitable organisation – which was set up in 2009 to support and champion traditional craft skills – published the latest edition of its groundbreaking HCA Red List of Endangered Crafts, the first report of its kind to rank craft skills by the likelihood they will survive into the next generation. 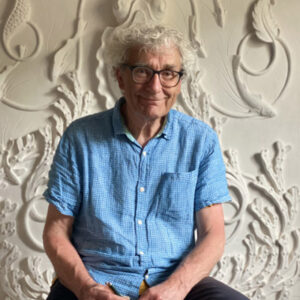 Geoffrey Preston MBE spearheaded the reintroduction of the endangered craft of stucco to the UK, a style of pargeting whereby designs are moulded directly onto a wall or ceiling, and is categorised as endangered on the HCA Red List of Endangered Crafts.

He has been a sculptor and decorative plaster worker for fifty years, after being apprenticed as a stonemason in London, working as a carver on the West Front of Exeter Cathedral in the 1980s, and being trained in modelling under Professor Robert Baker. Francis Terry, one of the UK’s leading classical architects, called him: “England’s best modeller of architectural detail in stucco and moulded plaster”. 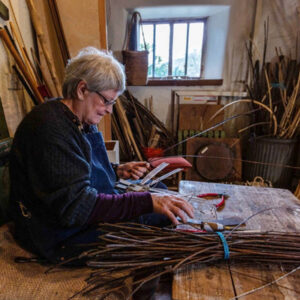 HCA Maker of the Year 2018 and Yeoman of the Worshipful Company of Basketmakers, Hilary Burns MBE is a craftswoman, teacher, writer, researcher and advocate with a passion for passing on her skills. Working with humble materials, she produces stunning functional and sculptural pieces inspired by her study of traditional basketry techniques.

An instigator of the largest international basketmaking conference held in the UK in 2013, Hilary has continued to promote the craft globally, with her own work exhibited in New York and Japan, as well as organising skills exchanges to countries such as the Azores and Cyprus. 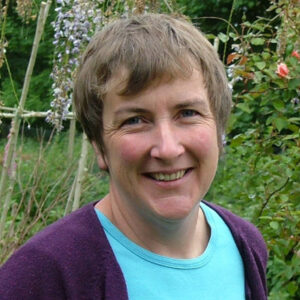 Rebecca Oaks MBE is the founder and driving force behind the Bill Hogarth Memorial Apprenticeship Trust, set up in 2001 in honour of her mentor, to provide training in sustainable woodland management that benefits biodiversity and wider society. She developed a structured three-year apprenticeship that has awarded diplomas to 18 apprentices, most of whom now run their own coppice craft businesses.

“We are extremely delighted that Geoffrey, Hilary and Rebecca have been recognised in the Queen’s Birthday Honours. Having traditional craftspeople up there with other great luminaries of public life in this way is vitally important, as unlike countries such as Japan and Korea we have no Living National Treasures scheme to celebrate master craftspeople, and the UK is one of only 13 of the 193 UNESCO member states yet to ratify the 2003 Convention on the Safeguarding of Intangible Heritage.”

The Heritage Crafts Association encourages anyone who supports the continuation of traditional craft skills, whether or not they are makers themselves, to become members. The charity has set up an Endangered Crafts Fund to provide small grants to projects that increase the likelihood of endangered craft skills surviving into the next generation, and is currently seeking donations to save more of Britain’s most endangered crafts from oblivion – visit www.heritagecrafts.org.uk/ecf to find out more and to donate.