HCA steps up support with the Swire Charitable Trust

The Heritage Crafts Association (HCA) is delighted to announce that it has received a grant of £90,000 from the Swire Charitable Trust – to help meet urgent needs among craftspeople, step up campaigns for recognition and help transform lives through craft. 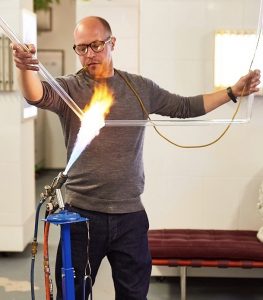 The Swire Charitable Trust supports heritage and the safeguarding of endangered skills as one of its three grant-making priorities, funding charities like the HCA that work hard to protect and cultivate the skills and knowledge underpinning the UK’s heritage sector.

The funding will better enable the HCA to safeguard and support traditional craft skills over the next three years, focusing particularly on increasing the resilience of craft practitioners, developing training routes for craft, promoting craft in schools, and raising the profile of heritage crafts as a key constituent of UK culture.

“We are thrilled to be working in partnership with the Swire Charitable Trust over the next three years. This funding will allow us to build on recent successes, to further the appreciation of heritage craft skills as a vital part of the cultural life of the UK, and to help secure the livelihoods of the next generation of practitioners.”

“The work of the HCA aligns closely with everything the Swire Charitable Trust hopes to achieve with our heritage programme. We believe that heritage crafts rightfully play a fundamental part in the UK’s living heritage, and are delighted to be supporting an organisation whose dynamic work does so much to enhance and protect the UK’s heritage craft community. We look forward to watching the HCA grow and solidify this valuable work over the next three years.”

Bookbinding Apprenticeship Scheme to close due to COVID-19

The Queen’s Bindery Apprenticeship Scheme will close in October, three years earlier than planned. Led by the Royal Collection Trust, the scheme had aimed to train six apprentices in the specialist techniques of traditional bookbinding.

With all full time courses now closed, this was the last opportunity for young bookbinders to obtain a comprehensive full time education in the craft, instructed by highly skilled and qualified tutors. It was hoped that when qualified these apprentices would be in a position to train the next generation of bookbinders, as well as taking their skills to binderies in the UK and abroad.

Statement from Glenn Bartley, Head of the Royal Bindery:

“Due to the significant impact of the Covid-19 pandemic on Royal Collection Trust activities, the difficult decision has been made to suspend The Queen’s Bindery Apprenticeship Scheme with effect from October 2020. This decision has been made with great reluctance and regret after considering all alternative options to try to avoid this outcome, not least because of the Royal Collection Trust’s substantial and continuous investment, but also by the many donors, stakeholders, interested institutions and individuals who have supported the scheme.”

Two apprentices will be taken on by the Royal Bindery, but the remaining four are unlikely to be able to complete their full training in this highly skilled heritage craft. It is hoped that the scheme will be resumed when COVID-19 is finally over.

The Heritage Crafts Association is concerned that the loss of this scheme will lead to a long term loss of craft skills. Hand bookbinding forms an important part of our national heritage. Founded by George III in 1770, the Royal Bindery in Windsor Castle remains at the forefront of preserving the high standards of craftsmanship that are the benchmark of the professional bookbinding trade. Formal apprenticeships, such as this, are vital to the long-term survival and sustainability of the craft. Expertise in such techniques as edge gilding and gold finishing may be lost for ever unless action is taken now to preserve these skills. 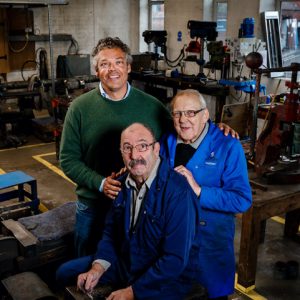 A scissor maker, a paper maker and an industrial ceramics practitioner have been selected as the three finalists from a shortlist of eight, as part of the inaugural President’s Award for Endangered Crafts, established by HRH The Prince of Wales, President of the Heritage Crafts Association. 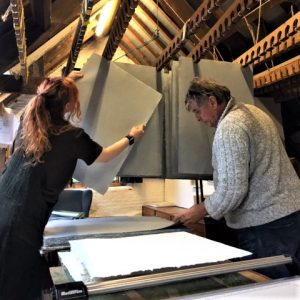 The three finalists are: 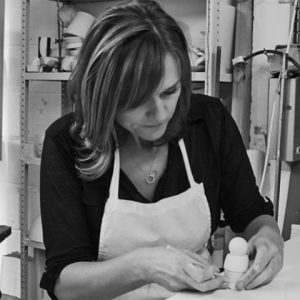 The other five shortlisted candidates were:

The three finalists’ applications will now be presented to HRH The Prince of Wales for his selection, with the winner to be honoured at a special reception at Dumfries House, home of The Prince’s Foundation, as well as at a prestigious winners’ reception at the Houses of Parliament. The winner will also receive £3,000 to help ensure that their craft skills are passed on to the next generation.

“We received a large number of very high-quality entries for this award, so being shortlisted was a huge achievement. The fact that we are blessed to have such highly skilled craftspeople in the UK should not allow us to forget the fact that, without more people taking up these crafts and the infrastructure and funding to support them, these skills could soon be consigned to history, in what would be a terrible loss to British cultural life.”

“It was a joy to judge… I find myself wanting to do all of these things!”

Shortlists for the 2020 Heritage Crafts Awards

The first round of judging for this year’s Heritage Crafts Awards, in association with the Marsh Christian Trust, has taken place and we are delighted to announce the following entries have been selected as the three finalists in each category. This was a fantastic achievement as we had a record number of entries this year and the standard was particularly high.

The finalists will now go forward to the final round of judging. We hope to announce the winners at our conference Craft Uprising on 11 October (we are currently considering Government advice on whether the conference can go ahead). All finalists will be also be invited to the HCA’s Awards Ceremony at the Houses of Parliament on 17 November 2020.

Trainer of the Year Finalists

One of the HCA’s key aims is to ensure that traditional crafts skills of the highest standard are passed from one generation to the next. The enthusiasm, knowledge and experience of key individuals can really influence the number and quality of skilled craftspeople in the UK. The 2020 Finalists are:

Trainee of the Year Finalists

The HCA aims to ensure that traditional craft skills survive into the future, and this requires a regular intake of enthusiastic and dedicated new entrants. Identifying and recruiting the right trainee can make the difference to the continuation of heritage craft businesses and in some cases crafts themselves. The 2020 Finalists are:

Volunteer of the Year Finalists

In heritage crafts, there are many people who do a tremendous amount on a voluntary basis. Whether independently, or as part of a craft organisation, these volunteers put in huge amounts of time and effort, sometimes over many years to make a real difference to their craft. Their role is often unsung. The 2020 Finalists are:

Made in Britain Award Finalists

We seem to be almost inundated with cheap imported goods from abroad, yet there are still individual craftspeople and small manufacturers who are making great quality British work against all the odds. This award is for those who are flying the flag of British craft and making a success of it. The 2020 Finalists are: 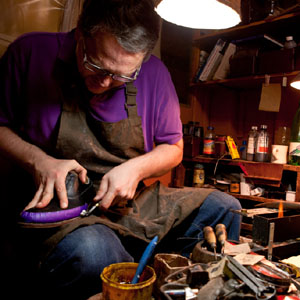 These grants are now closed to applications. We may open the scheme again if more funding becomes available.

The Heritage Crafts Association (HCA) is offering grants of up to £500 for craftspeople operating as sole traders and small businesses to invest in something that will help make their business more sustainable during the COVID-19 pandemic (and in the months that follow) or to ‘bridge the gap’ until future income can be secured.

Based on the result of our recent sector survey, crafts businesses are being particularly hard hit by the economic implications of the crisis, so this fund has been set up to help small crafts businesses access new markets, trial new ways of operating, or keep them afloat until they can be more sustainable.

Examples might include (but are not limited to) investing in:

Applications will be considered based on the potential of the idea to develop new ways of working that will improve craftspeople’s sustainability during difficult times or to ‘bridge the gap’ until future income can be secured. As well as the grants, the HCA has some capacity to provide advice and guidance to help applicants make their idea a reality.

The initial deadline for applications is Friday 15 May 2020 at 5pm. Funds are limited, so unsuccessful applicants from this round may be contacted again in future if more funding is secured later, to ask if they want their applications to be reassessed in future rounds.

These grants are now closed to applications. We may open the scheme again if more funding becomes available. 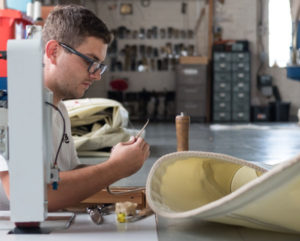 An apprentice sail maker, boot tree maker and folding knife maker are among the recipients of the latest round of grants awarded to help safeguard some of the UK’s most endangered craft skills.

The Heritage Crafts Association (HCA), which last year published the second edition of its groundbreaking HCA Red List of Endangered Crafts, has awarded a further eight grants from its Endangered Crafts Fund, which was launched in July 2019 to increase the likelihood of endangered crafts surviving into the next generation.

This round of the HCA Endangered Crafts Fund has been offered with support from Allchurches Trust and The Radcliffe Trust. The eight successful recipients are: 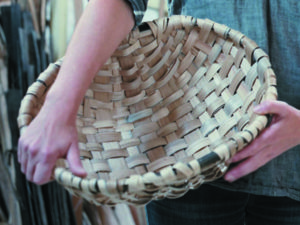 These eight projects follow five awarded in the previous round, covering the endangered crafts of scissor making, damask weaving, cockle basket making, neon bending and fan making. Again the fund was massively oversubscribed and the HCA hopes to work with many of the unsuccessful candidates to identify other funding and support opportunities.

“When we first published the HCA Red List of Endangered Crafts the task of safeguarding so many at-risk skills seemed overwhelming. Thanks to the support of our donors and funders like Allchurches Trust and The Radcliffe Trust we now have thirteen projects underway, but there is still so much to do to ensure that future generations can continue to benefit from this important part of our culture.”

The Endangered Crafts Fund has been set up thanks to a number of generous donations from organisations including Allchurches Trust and The Radcliffe Trust, as well as individuals, who have donated sums from £5 right up to several thousands of pounds.

“It’s fascinating to see the wide range of endangered craftspeople and places that are represented in the latest Endangered Crafts Fund cohort, and we’re proud that our funding will help ensure that these at-risk crafts can be handed down, along with the tools and training needed to enable their protection in the longer term. We’re looking forward to hearing more from these skilled craftspeople as they develop their skills and hope to play our part in telling their story, raising awareness of ancient practices that are so important to preserve for future generations and hopefully inspiring others to follow their lead.”

The HCA has also announced that its President HRH The Prince of Wales has established a new award for endangered crafts. Each year the President’s Award for Endangered Crafts will present £3,000 to a heritage craftsperson who will use the funding to ensure that craft skills are passed on. The Award will be presented at a special reception at Dumfries House, home of The Prince’s Foundation, as well as at a prestigious winners’ reception at the Houses of Parliament. Applications are invited via www.heritagecrafts.org.uk/presidentsaward by Friday 1 May 2020.

The HCA continues to seek further donations to save even more of Britain’s most endangered crafts from oblivion. Donations are welcome at any time – for more information visit www.heritagecrafts.org.uk/ecf. Applications for grants are accepted on a rolling basis, with the next deadline for consideration 28 August 2020.

Asking for a lovely friend - Does anybody know of a black blacksmith or stonemason for an art project (in London)?