Traditional British hat making skills have suffered a major hit with the announcement of the closure of historic firm Olney Headwear Ltd, makers of the iconic Peaky Blinders hats. 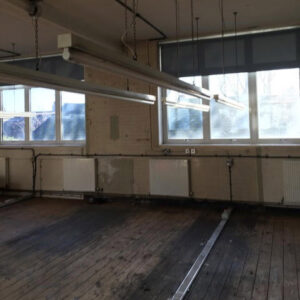 On Monday the company – which has produced straw boaters, panamas, fabric hats and caps since 1914 – left its factory at 106 Old Bedford Road to make way for housing developers to build 31 apartments.

Despite overseas competition leading it to focus on more artisanal production such as the hats for the Peaky Blinders TV programme, Olney was a viable company until COVID-19 saw the closure of most of its retail network. As recently as September the company announced that it would be relocating to a new site, a prospect that has now evaporated. Its termination means the end of traditional straw boater making in the UK and the end of commercially-made pattern-piece caps and hats in Luton, as well as the loss of 25 jobs and the skills that went with them.

The traditional boater has a double brim and is blocked twice, the second time on a specialist machine. Some of the Olney machines have been passed to other companies and individuals, with Culture Trust Luton Museums acquiring the iconic Brochier boater blocking machine. 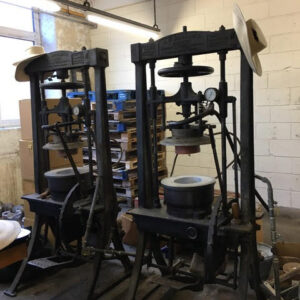 As well as making Peaky Blinders caps, the company also made the famous ‘Sherlock Holmes’ deerstalker hat, and supplied hats to private schools including Eton and Harrow. The closure is bound to have knock-on effects on other Luton hat companies and allied trades, who looked to Olney as the strong and stable industry core. The town is home to the last large commercial hat block maker and the last commercial bleacher and dyer.

On hearing of the closure, members of the hat making trade are calling on the local Luton Borough Council to support and assist the remaining companies.

“While our first thoughts are with the workers who have lost their livelihoods, as the national charity for the safeguarding of craft skills we are also concerned with the loss of an important part of our shared intangible cultural heritage: their embodied knowledge and skills. Whilst it is good that some of the machines has been saved, unused they become little more than relics of cultural loss. Finally, but not insignificantly, we also think of future generations whose repository of craft skill will be diminished as a result.”