HCA and Allchurches Trust working together to save endangered heritage crafts

The Heritage Crafts Association (HCA) is delighted to announce that it has received a grant of £12,000 from Allchurches Trust to help save endangered heritage crafts from extinction. 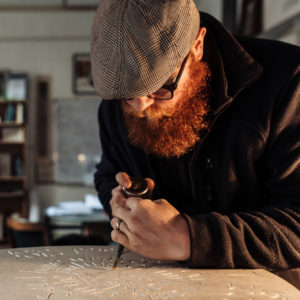 In March 2019, the HCA published the second edition of its groundbreaking HCA Red List of Endangered Crafts, the first research of its kind to rank the UK’s traditional crafts by the likelihood that they will survive into the next generation. The report assessed 212 crafts to ascertain those which are at greatest risk of disappearing, of which four were classified as extinct, 36 as critically endangered, 70 as endangered and 102 as currently viable.

The Allchurches Trust project will be administered through the HCA’s Endangered Crafts Fund, which was launched in July 2019. The first beneficiaries were announced in September. Craftspeople with a proposal for increasing the likelihood of a Red List endangered craft surviving into the next generation can apply at www.heritagecrafts.org.uk/ecf-apply by 29 February 2020.  The chosen proposals will receive funds plus mentoring from the HCA’s Endangered Crafts Officer to help make them a reality.

“The UK has a world-class reputation for conserving and restoring historic buildings and objects. However, we believe that it is equally important to support the skills and knowledge that will not only allow this conservation and restoration to continue, but allow us to make new buildings and objects that will become the heirlooms of the future. We are thrilled to be working with Allchurches Trust to help realise our shared passion for preserving endangered heritage crafts.”

The HCA is one of five partners selected by Allchurches Trust to benefit from its new heritage grants funding programme, which is helping to build and protect sustainable skills to care for the UK and Ireland’s historic environment.

“We’re delighted to provide funding that will help ensure that at-risk traditional crafts can be handed down through the generations, enabling the protection of our past and future heritage. These talented craftspeople are an investment in the future of the sector and we look forward to hearing more about their progress and helping to tell their story.”