21 to 26 March 2022 marked the inaugural #EndangeredCraftWeek, an effort by Heritage Crafts and partner The Prince’s Foundation to shine a light on the urgent need to preserve traditional craft skills.

Over the course of the week we profiled five craft businesses that involve skills featured in the Heritage Crafts Red List of Endangered Crafts.

HRH The Prince of Wales is President of Heritage Crafts and of The Prince’s Foundation. Heritage Crafts was set up in 2009 to support and safeguard traditional craft skills in the UK. Every year we award the President’s Award for Endangered Crafts to one of the nation’s most skilled practitioners, with a £3,000 bursary to invest in ensuring that their craft remains viable.

Applications for the President’s Award for Endangered Crafts are open until 29 April. To find out more visit https://heritagecrafts.org.uk/presidentsaward. 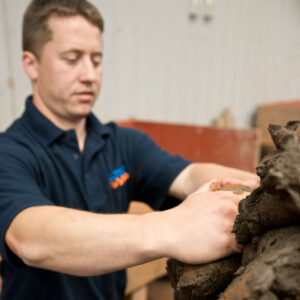 Monday it was the turn of York Handmade, based in Alne just North of York, founded in 1988 and operating on a site where bricks have been made since the 1930s. The company can make bricks of all shapes and sizes in a variety of colours and textures to match existing buildings. They have manufactured bricks for several award-winning heritage projects, conserving the glory of these buildings for generations to come.

The company created 47,000 Dumfries Blend bricks for The Queen Elizabeth II Walled Garden at Dumfries House, headquarters of The Prince’s Foundation. The restoration project won the Best Outdoor Space award in the Brick Awards, the Oscars of the brick industry, for its “magnificent achievement” in restoring the walled garden to its former glory.

It is estimated there are fewer than 20 professional makers of handmade bricks remaining in the UK. Currently there is a healthy demand for the work, but with such a small workforce and fluctuations in supply and demand can have significant effects. 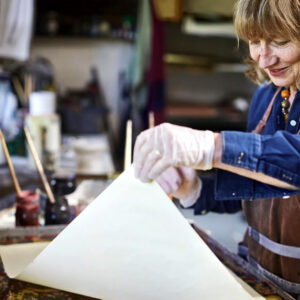 Tuesday’s focus of #EndangeredCraftWeek was Kate Brett of Payhembury Papers, who has made traditional marbled papers by hand since 1982. Kate, based in Perthshire, specialises in reproducing traditional patterns by floating water-based paints on a size made from carragheen moss.

Marbling began to develop slowly in Britain in the second half of the eighteenth century. Though listed as an endangered craft today, interest in marbling is steadily increasing as a result of social media and a growing appreciation of the traditional technique as opposed to cheaper digital reproductions. 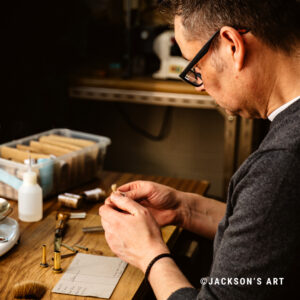 The spotlight on Wednesday fell on AS Handover Ltd, who hand make professional quality brushes at their workshop in Welwyn Garden City.

Established over 60 years ago, their wide range of products are used by the country’s finest artists and craftspeople in museums, film studios, stately homes and the Houses of Parliament. Their customers range from independent artists, signwriters and decorators through to the royal household at Buckingham Palace.

Brushmaking is highly skilled and the training period is long. However, brush manufacturers, particularly those making fine artists’ brushes, are reporting high demand and that their businesses are growing, so there is hope that this craft will be off the Red List before too long. 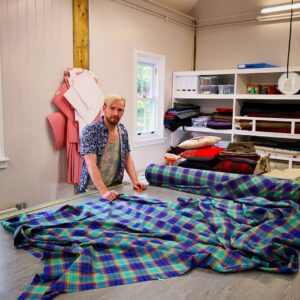 Meet Graeme Bone, maker of handsewn kilts from Auchinleck in East Ayrshire and graduate of The Prince’s Foundation’s Future Textiles and Modern Artisan training programmes. Graeme, who featured in our Endangered Craft Week series on Thursday, has become a flagbearer for traditional kilt-making and handcrafted menswear. He previously worked in the steel industry, but left his job to pursue his passion for garment design and manufacture.

Kiltmaking was added to the Red List in 2021. Most kilts are still bought from kilt retailers, not directly from the skilled craftspeople, who often work behind the scenes on a piece rate, underpaid for the work that they do. The kiltmaker as a craftsperson has been largely invisible, but Graeme and his contemporaries are working hard to remedy that. 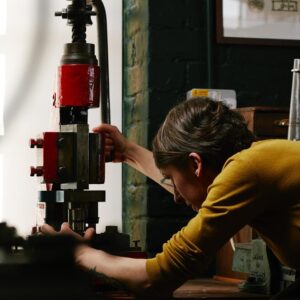 Rounding off our inaugural #EndangeredCraftWeek was Rebecca Struthers, a traditional watchmaker based in Birmingham and current holder of the Heritage Crafts President’s Award for Endangered Crafts.

Rebecca uses traditional methods, materials and techniques in the restoration of vintage and antique watches as well as the production of her own. She is the first, and currently only, watchmaker in the UK to earn a PhD in horology.

There are only a small handful of businesses still practising traditional watchmaking in the UK today, with fewer than 20 traditional makers earning a living from making as opposed to repair and restoration. It is now virtually impossible to create every component of a watch in the UK due to a shortage of allied craft businesses, including spring-making and jewel-making.