Professor May Cassar becomes Patron of the HCA 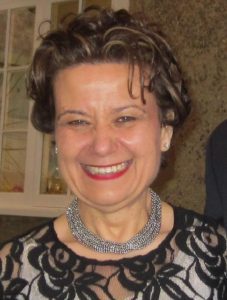 Professor May Cassar has recently accepted The Heritage Crafts Association’s invitation to become a Patron. Professor Cassar joins an existing group of Patrons who support the HCA and its fundraising and campaigning work through their individual public profile.

Professor May Cassar is the Director of the UCL Institute for Sustainable Heritage.  May currently directs the EPSRC Centre for Doctoral Training in Science and Engineering in Arts, Heritage and Archaeology, a multi-million pound UK Government investment to educate to doctoral level the next generation of heritage scientists.  As the Director of the Arts and Humanities Research Council/Engineering and Physical Sciences Research Council’s Science and Heritage Programme (2007-2014) and as Special Adviser to the House of Lords Science and Technology Committee Inquiry on Science and Heritage (2005-2006), May has led the resurgence of heritage science research activity in the UK over the last decade for which she has been recognised by the Royal Warrant Holders’ Association with the award of the Plowden Gold Medal in 2012.  May was until December 2015, founding Chairman of the UK National Heritage Science Forum and is currently a member of the Department for Culture, Media and Sport’s Science Advisory Council.  At an international level, May has worked on projects with the UNESCO World Heritage Centre, ICCROM, European Parliament, European Commission and National Governments to develop strategic approaches to the preservation of cultural heritage.  May’s long-standing area of research interest is preventive conservation with a particular focus on the impact of climate change on cultural heritage.

Professor Cassar joins existing Patrons Lord Cormack, Sir Christopher Frayling, Kaffe Fassett, Emma Bridgewater, Mark Henderson, Dr. Alex Langlands and Paul Martin. The Patrons of the HCA are the public figureheads of the charity and play an important part in helping the Association support and promote heritage crafts as a fundamental part of our living heritage. The HCA looks forward to continuing to work with its new and existing Patrons and is profoundly grateful for all they do to help heritage crafts.