Why I joined the HCA as an overseas member 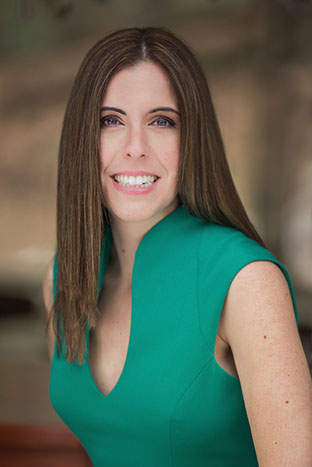 “As travel is currently restricted and as I am an author, when asked to share why I joined The HCA as an overseas member I decided to share my thoughts in a written testimonial. Being a new HCA member has been a tremendously rewarding experience thus far. The HCA newsletter, emails, and Instagram updates have made it delightful and easy to learn about HCA members and their crafts. Outside of HCA communications, I noted as 2020 progressed that via both print publications and media outlets in southern New England where I live and, in the UK too, there was increasing coverage of heritage crafts and their makers.

“My interest, engagement with, and exposure to heritage crafts is likely somewhat different than the majority of current HCA members as I am an author and not a practicing craftsman. As I consider now why I joined the HCA last summer (2020) I can identify some early cultural, social, and educational influences which in hindsight helped later inspire me to become an overseas HCA member.

“Growing up in a small historic town outside of Boston, Massachusetts was an enriching experience as the town’s fellow citizens included physicists, astronomers, writers, musicians, and historians who taught at colleges in the Boston area. Our circle of family friends and acquaintances included print makers, basket weavers, a friend who was born and raised on the Isle of Man who shared stories of island traditions, friends who were closely involved with the formation and organization of The Dublin Seminar for New England Folklife which is ‘a continuing series of conferences, exhibitions, and publications whose purpose is to explore everyday life, work, and culture in New England’s past. Founded on the premise that traditional lore and material folk culture are rapidly disappearing in New England, the series focuses attention on emerging areas of folk studies, regional and local history, cultural geography, historical archaeology, and vernacular and antiquarian studies’ (https://www.historic-deerfield.org/the-dublin-seminar-for-new-england-folklife), and several friends who in 1977 established The Trust for Native American Cultures and Crafts. One of these friends is Henri Vaillancourt, who has been, as visitors to his website (http://www.birchbarkcanoe.net) will learn, ‘Since 1965. . .involved in the building and research of traditional Indian birchbark canoes and other aspects of Native material culture. His handmade canoes are built along the lines of the birchbark canoes once used by the Malecite, Abnaki, and Algonquin tribes, as well as those developed by the French during the Fur Trade period. They are sought after by museums and collectors throughout the US, Canada, Europe, and Japan and are known for their elegance of line and fineness of construction. He also makes scale model birch bark canoes, as well as traditional hand carved paddles with incised line decoration in the Malecite tradition.’ Spending time immersed in this community setting where ideas about crafts past and present were shared and pieces were made following traditional patterns and methods fostered an ongoing interest in and appreciation for heritage crafts.

“Outside of Massachusetts additional opportunities presented themselves to learn about heritage craftsmanship in a larger New England context (not yet a UK setting) during summers spent with my maternal grandparents in a small coastal Maine town. The town had initially been settled in the mid-18th Century when what is now the state of Maine was still part of Massachusetts (Maine became a separate state in 1820). Descendants of the town’s founding families still resided in and around the town; some made and took great pride in the items they created and sold such as hooked rugs and warm sweaters (some of which were incredibly soft due to the use of angora rabbit wool). Summer excursions included visits to The Blue Hill Fair which was the inspiration for the fair in author E B White’s beloved children’s book Charlotte’s Web and where, as I recall, some handmade crafts were displayed including angora sweaters with their makers and their angora rabbits beside them. There were tours of The Wooden Boat School in Brooklin, Maine where the work of resident craftsmen could be seen and also the grounds of an artistic haven we knew as Haystack (its official name is The Haystack Mountain School of Crafts) on Mount Desert Island, Maine. These outings were complimented by time spent exploring Hancock County’s back roads and small towns. My grandmother would stop to converse with local artisans and farmers before on occasion purchasing a handmade sweater one of them had made. Each outing involved stops to buy delectable edible delights freshly pulled from the soil or plucked from the trees or blueberry bushes somewhere nearby on the farm whose stand we were visiting. My grandmother’s approach to selecting food and items to purchase differed vastly from that of some friends back home in the Boston area whose parents primarily shopped in fluorescently lit grocery stores and in sprawling shopping malls. Meeting the artisans who made the items one was purchasing and learning about the process of that item’s creation and the history of the skills and knowledge behind its creation was eye-opening and wonderful.

“I became a history major at university and after graduation I moved to London to attend graduate school. While living and studying in London I enjoyed visiting museums and historic houses both in the city and also in various parts of England as much as I could. To be able to see places and artefacts I had previously studied gave them new relevance and placed them in a broader context. One summer I visited The National Museum Wales for the first time. I was delighted to learn about Welsh Love Spoons and to see modern day renditions of Love Spoons too. I began to wonder what other crafts in the United Kingdom might also have heritage stories like the Love Spoons did. It would be some time before I began to more deeply explore this line of thought.

“What further moved me along on the path towards HCA membership was research for my third non-fiction historical narrative which I am in process of writing. I began to research the professions of my maternal ancestors before they came to New England in the 1620s and 1630s. When research for this book began there were already plans in the works to mark the 400th anniversary of the voyage of The Mayflower. This meant I suddenly had access to new stories surrounding the lives, professions, and backgrounds of The Mayflower’s passengers and this included stories about my Mayflower ancestors Priscilla Mullins, her father William Mullins, who had been a cordwainer in Dorking before the voyage, and Priscilla’s future husband John Alden who was a cooper. Soon I was also learning more about other 17th Century maternal English forebears and how some of their professions connected them to Livery Companies in the City of London of which they became members. As 2020 dawned and a new 21st Century decade began, my focus was starting to shift from solely researching what my ancestors created centuries ago to also learning about present-day heritage crafts and their makers.

“The penultimate moment of inspiration to join The HCA came late last spring (2020) when I read an article about a 1,000-year-old English mill, which was once again providing flour to communities around it. I found myself eager to learn if there were other heritage buildings unexpectedly being used for their original purposes and how 2020 was shaping and impacting the work of current heritage crafts makers in the United Kingdom. It was through the subsequent research I did after reading about the mill that I discovered The Heritage Craft Association and decided to become a member.”