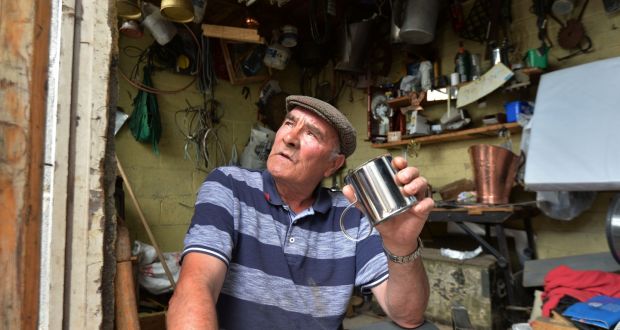 The Irish Government have registered their first list of 30 cultural practices as part of their commitment to the 2003 UNESCO Convention on the Safeguarding of Intangible Cultural Heritage, including traditional crafts such as tinsmithing, currach making, lacemaking, embroidery and basketmaking. Minister for Culture, Heritage and the Gaeltacht Josepha Madigan called these practices: “threads in the cultural tapestry of our lives that make us richer as individuals and as a country”.

In December 2017, Ireland ratified the 2003 UNESCO Convention for the Safeguarding of the Intangible Cultural Heritage. In stark contrast, the UK is one of only 17 of the 193 UNESCO member states not to have ratified the Convention, and is thus unable to register its traditional practices alongside those being celebrated and safeguarded across the world.

Tinsmithing is on the UK Red List of Endangered Crafts as critically endangered, meaning that it is at serious risk of no longer being practiced in the UK, with the current expectation that it will enter the next edition of the list as extinct in the UK. Coracle making and letterpress are currently also on the UK endangered list, with certain forms of lacemaking, basketry and dry stone walling also facing uncertain futures.

The Heritage Crafts Association helped set up an All-Party Parliamentary Group for Craft last year and will be continuing to advocate for better recognition for intangible cultural heritage to UK Ministers and Government officials.