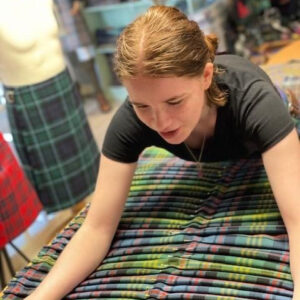 A kiltmaker, a clockmaker and a typefounder are among the recipients of the latest round of grants awarded to help safeguard some of the UK’s most endangered craft skills.

Heritage Crafts, which published the third edition of its groundbreaking Red List of Endangered Crafts last year, has awarded a further six grants from its Endangered Crafts Fund, which was launched in 2019 to increase the likelihood of endangered crafts surviving into the next generation.

This round of the Endangered Crafts Fund has been offered with support from the Pilgrim Trust, the Dulverton Trust, the Sussex Heritage Trust and the Swire Charitable Trust. The six successful recipients are: 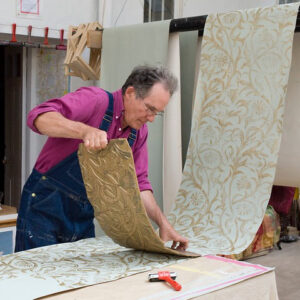 As usual the fund was oversubscribed, and Heritage Crafts hopes to work with many of the unsuccessful candidates to identify other funding and support opportunities.

“The survival of endangered craft skills relies on the people who make a positive choice to learn, make and teach these crafts. These projects will provide future generations with opportunities that they might not otherwise have, to become productive and healthy members of our shared craft community and to safeguard this important part of our national heritage.”

Since 2019, the Endangered Crafts Fund has been funded through generous donations from organisations including the Pilgrim Trust, the Dulverton Trust, the Sussex Heritage Trust, the Swire Charitable Trust, the Garfield Weston Foundation, the Benefact Trust, and the Prince of Wales’s Charitable Fund, as well as individuals who have donated sums from £5 right up to several thousands of pounds.

Heritage Crafts continues to seek further donations to save even more of Britain’s most endangered crafts from oblivion. Donations are welcome at any time – for more information visit www.heritagecrafts.org.uk/ecf.