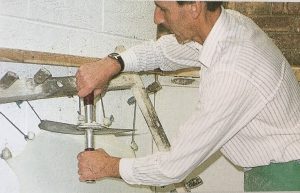 It is a great honour and privilege to be recognised in this way. My father, grandfather and great grandfather, all parchment makers before me, would be amazed if they were here. I am particularly grateful to the Heritage Crafts Association for putting my name forward as a potential recipient for an honour of which I was entirely ignorant until now!

The Association do great work in supporting skilled craftsmen and women. They recognise the long-term environmental and economic benefits of historic crafts which make things that last and look good for life; inspiringly different to the products of our “throw away” society. 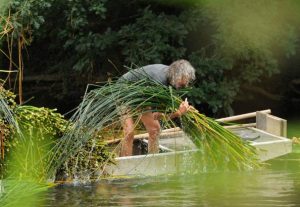 Rush worker Felicity Irons has been awarded a BEM. Owner of Rush Matters and supplier of  traditional rush flooring to the National Trust as well as creator of a wide range of contemporary work, Felicity has given new life to the ancient craft of rushweaving. Felicity said:

When I first read the letter from the Cabinet Office I thought it must be a hoax. I had to ask my Mum to read it several times for me. She had known about it for ages as she had been working with the Heritage Crafts Association on the nomination! I am just so stunned and still really trying to take it all in. I keep thinking why me; I just go to work every day. It is pretty emotional but wow, it’s amazing. 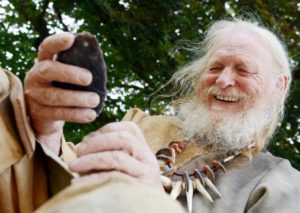 A BEM has also been awarded to John Lord, master of the ancient craft of flint knapping.  He said:

I would like to thank the Heritage Crafts Association for putting my name forward for this National Honour. I accept this award only on behalf of all skilled flint knappers both past and present, and in particular on behalf of our ancient ancestors whose skills will never be equalled.

All three were nominated for their awards by the Heritage Crafts Association.  Vice Chair Patricia Lovett MBE, said:

This is tremendous recognition for the skills and expertise of traditional craftspeople. These honours show the very real value of heritage crafts to people’s lives today.