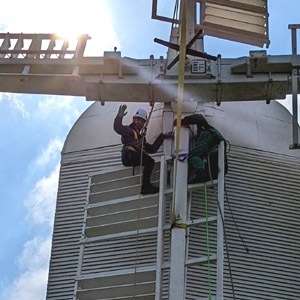 A trainee millwright has been awarded a grant to help safeguard one of Sussex’s most endangered craft skills.

Heritage Crafts and the Sussex Heritage Trust (SHT) have awarded the grant through the Heritage Crafts’ Endangered Crafts Fund, which was launched in 2019 to increase the likelihood of endangered crafts surviving into the next generation.

The craft is critically endangered, partly due to a lack of younger people becoming involved. Training and encouraging individuals such as Adam is a valuable opportunity to pass on the endangered craft skills to the next generation. 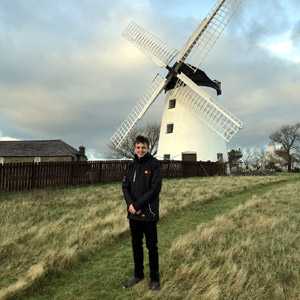 In 2021 Heritage Crafts published the third edition of its groundbreaking Red List of Endangered Crafts, the first research of its kind to rank the UK’s traditional crafts by the likelihood that they will survive into the next generation. The report assessed 244 crafts to ascertain those which are at greatest risk of disappearing, of which four were classified as extinct, 74 as ‘endangered’ and a further 56 as ‘critically endangered’.

The successful project joins five previous Sussex recipients funded through the partnership between Heritage Crafts and SHT, including two flint wallers, a brick maker, a trug maker and a wallpaper maker. Nationally, 42 projects have been funded through the Endangered Crafts Fund since 2019.

“For many reasons, not least the COVID-19 pandemic, our craft skills are at more risk than ever before. We are delighted to be working in partnership with the Sussex Heritage Trust to address the specific challenges to endangered skills and knowledge in Sussex, a region renowned for its craftsmanship and material heritage.”

“Excellent architecture and design, traditional building skills and craftmanship are an important part of the rich heritage of Sussex. This partnership with Heritage Crafts addresses the particular challenges of these crafts and facilitate the transfer of endangered crafts, building skills and knowledge to the next generation.”