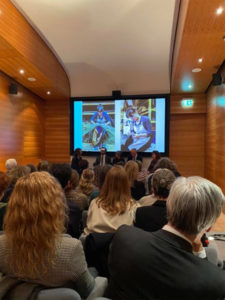 The Heritage Crafts Association is delighted to announce a partnership with the Michelangelo Foundation for Creativity and Craftsmanship to bring the HCA Red List of Endangered Crafts to a European level.

The new partnership launched with a presentation at Somerset House on 28 February 2020. Alberto Cavalli (Co-Executive Director of the Michelangelo Foundation) and Patricia Lovett MBE (Chair of Heritage Crafts Association) introduced the partnership, followed by a panel discussion moderated by Oliver Stratford (Editor-in-chief of Designo) exploring different perspectives regarding endangered crafts and their place in contemporary craftsmanship. The panel is composed of Daniel Carpenter (Red List Research Manager at the Heritage Crafts Association), Rosy Greenlees (Executive Director of the Crafts Council), Kate Hetherington (collar and harness maker) and Mark Webb (Fundraising and Development Manager at The Prince’s Foundation).

The partnership between the two organisations aims to build collective awareness of the threats facing traditional heritage craftsmanship and to seek new and innovative ways to usher endangered crafts safely into the future, ensuring the continuity of practices and the adaptation of crafts to meet contemporary demands. 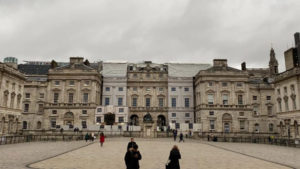 To celebrate the partnership the Michelangelo Foundation commissioned three short films by Swiss film maker Thibault Vallotton that highlight three British singular talents who are pursuing crafts in the UK that are classified as endangered. The films give an intimate insight into the worlds of these treasured British artisanal talents who are striving to uphold their cherished skills.

The featured craftspeople were:

One of the films is part of a new series, featuring 12 exceptional craftspeople from across all of Europe which will be unveiled in an exhibition entitled Singular Talents – The Red List at the second edition of Homo Faber, the crafts biennalé being held in Venice this autumn.  The specially commissioned films draw back the curtain on these master artisans and their unique or rare professions.

The HCA Red List of Endangered Crafts provides a vital research methodology, identifying and classifying endangered crafts in the United Kingdom. It assesses the viability of such crafts and categorises those most at risk of disappearing. The Michelangelo Foundation, inspired by the grassroots-led bottom-up research methodology of the Heritage Crafts Association will enlist its wide network of European members to extend the HCA Red List of Endangered Crafts to a European level.

By drawing on the expertise of organisations involved in their specific local communities, the Foundation hopes the initiative has a far-reaching impact, successfully identifying and classifying endangered crafts across Europe. In turn, this facilitates the mapping of European crafts considered to be at risk of disappearing.