In 2019 the highly skilled scissor maker Grace Horne received funding from the Endangered Craft Fund to develop an experimental approach to scissor making that combines the modern technology of water jet cutting with the older technology of drop forging. The aim was to create cheaper but high-quality scissor blanks that could be used to teach scissor making to a wider range of people and to make small runs of blanks for manufacture. 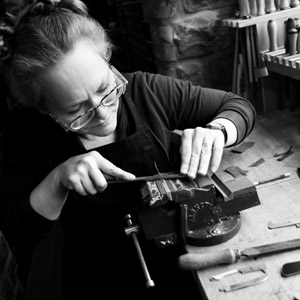 The initial stages of the project went to plan. A die was made by Footprint Tools Ltd and tested by Josh Burrell with his Massey drop hammer. The unusual requirements of a piece of machinery that is no longer industry standard (and hasn’t been for a generation) required a learning process and the first blanks were nearly, but not quite, good enough for production. More tweaks were required… but then Covid 19 hit and work ground to a halt.

The impact on Grace’s business was dramatic. She was forced to put her professional practice on hold for a year and took on unrelated work to pay the bills. She describes the frustration of trying to run a craft business during lockdown:

“I don’t get the feedback, support and the feeling of community that I used to. It is much harder to engage with people, such as engineers, in order to make refinements to the design. This is worse when they are people that you haven’t worked with before. The process of innovation and developing ideas is much slower because it is difficult to maintain a dialogue and to communicate the subtleties. Ultimately, sharing online and through images just doesn’t replace handling the objects and communicating directly.” 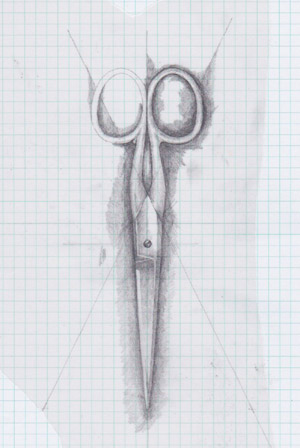 Despite attempts to refine the process using images and videos, Josh and Grace found it impossible to deal with the issues without getting together to test it and resolve the problems.

It isn’t all bad news though! Grace is confident that the issues will be easy to overcome when restrictions are lifted and the die will work. She is looking forward to being able to teach regular scissor making courses in partnership with Owen Bush at Bushfire Forge and she has also been approached by Hereford College to run blacksmithing masterclasses in scissor making, which will mean that many more people will have access to the exacting and skilled craft of scissor making.

When asked if the Endangered Craft Fund had helped Grace with her craft business, Grace replied: “the project has happened, and it wouldn’t have happened otherwise”. More people will be able to make scissors and more scissors will be manufactured. 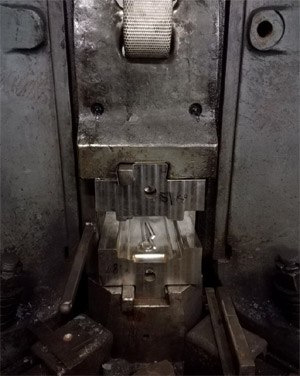 “The fact that I received the money and committed to the project was a stimulus to get it done. But it’s not just the injection of cash that is important, it is the fact that someone else is interested that validates the idea. It has given me the space to do something that could have failed.”

Grace also commented that the support and verbal reporting process of the project gave her an opportunity for reflection and evaluation that wouldn’t have otherwise happened.

“This is something that many craftspeople won’t take the time to do, and would probably resent taking the time to do. It is great that the HCA take the written evaluation part out of the process, whilst still offering an opportunity for reflection. I am not a paper person. The reflective process is so valuable but we (craftspeople) wouldn’t usually do it because we wouldn’t want to write it. This is a barrier to many creative people.”