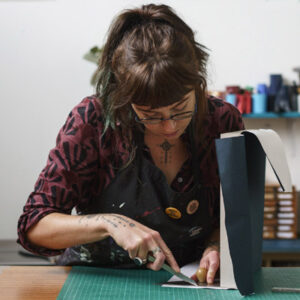 A coppersmith, a withy pot maker and a disappearing fore-edge painter are among the recipients of the latest round of grants awarded to help safeguard some of the UK’s most endangered craft skills.

The Heritage Crafts Association (HCA), which has begun work on the third edition of its groundbreaking HCA Red List of Endangered Crafts, has awarded a further five grants from its Endangered Crafts Fund, which was launched in 2019 to increase the likelihood of endangered crafts surviving into the next generation.

This round of the HCA Endangered Crafts Fund has been offered with support from Allchurches Trust and the Swire Charitable Trust. The five successful recipients are: 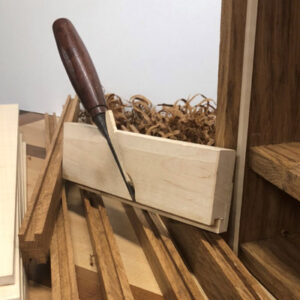 As usual the fund was oversubscribed, and this was only compounded by the effect of the COVID-19 pandemic on the sole traders and micro-businesses that make up the heritage crafts sector. The HCA hopes to work with many of the unsuccessful candidates to identify other funding and support opportunities.

“No-one could have anticipated the impact of COVID-19 at the beginning of this year, not only on craft businesses, whose selling, teaching and supply chains have been curtailed, but on the craft skills themselves, many of which were on the brink even before the pandemic hit. We passionately believe that these skills have lots to offer a post-COVID future, as productive and fulfilling tools with which to rebuild a sustainable economy.”

The Endangered Crafts Fund has been funded through generous donations from organisations including Allchurches Trust, The Swire Charitable Trust and The Radcliffe Trust, as well as individuals who have donated sums from £5 right up to several thousands of pounds.

“We hope that our funding will help enable these talented craftspeople to further develop their skills, as well as to hand them down to future generations and share their craft with new audiences; potentially opening doors to new funding opportunities in these challenging times. We feel privileged to play our part in telling their story, raising awareness of ancient practices that are so important to preserve for future generations and hopefully inspiring others to follow their lead.”