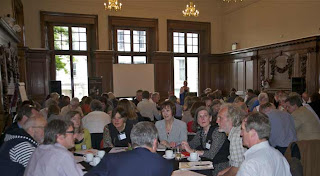 On Wednesday 11 May 2011 leaders of the UK craft world came together to discuss issues or craft skills training and how to address them, it was an inspiring and positive day. We had over 100 delegates mostly chairs of the various craft organisations from the weavers spinners and dyers, basketmakers and craft potters to blacksmiths and the Royal College of Needlework. 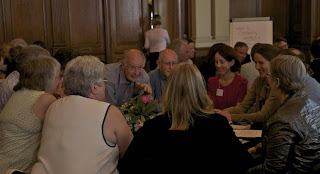 We discussed first sharing good practice, many of these organisations have been working for years often in difficult circumstances trying to ensure that the skills of their craft are passed on. We wanted to hear about what was working and why it worked. There were some great ideas which could be shared from one craft to another.

The second question we again discussed in our round table groups was “What are the issues facing transfer of craft skills?” We wanted to know difficulties folk had faced, what were the problems that needed addressing. 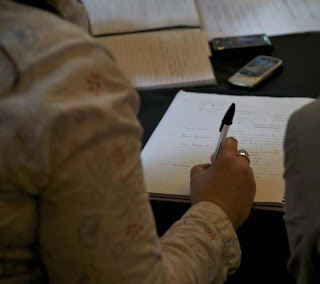 The last and most important session was to discuss what needed to be done to address those issues. After 30 minutes free ranging discussion each table had 10 minutes to pick out 5 key points and write them on flip chart paper. Then each delegate had 6 dots which they could go round the room and put on things they felt most passionately about. We have a lot of number crunching to do but this will eventually give a report which shows clearly a range of issues people felt were important but also a hierarchy so we can get on with addressing the most important first.

HCA over the last few years have been involved in a lot of consultations and often we leave wondering if anything will ever come out of the time we have given. We were very keen for this not to be a talking shop. The tremendous turn out of leaders of all the associations and the strength of feeling mean that the report will genuinely be the voice of the sector. Who will listen? Well there may be some things HCA can take action on ourselves but we also have a key ally in John Hayes the skills minister who is very keen to hear what the priorities of the sector are and to address them. He was meant to be with us on the day but was called away last minute. He was able to record the speech he had prepared and we showed that on the day, the transcript is here. Equally important the lead official in BIS tasked with carrying out the ministers requests, Jonathan Yewdall, is also passionate about traditional crafts and was with us all day. He not only joined int he conversations to get a real hands on view of the issues under discussion but also took questions after the ministers speech. 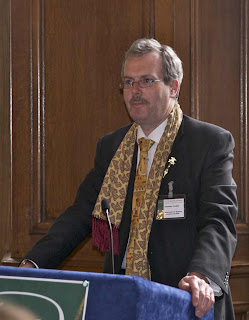 We have had a deluge of correspondence following the day and have a lot of work now to get that report out, in the meantime I have a presentation to write for the ITES conference at Lincoln on Thursday and it would be nice to get one day in the workshop this week.

“It was just astounding that so many people came and gave their time, felt so passionately, and contributed so much to the day. I went away feeling that your organisation is full of life and positivity.”
“It was a great day and really informative”

“A fascinating series of discussions and a really interesting day!”

At the end of the day we were treated to a tasting of the Balvenie single malt scotch whisky with a very entertaing presentation about the skills and crafts which go into it’s production. We started on 12 yr olds and worked our way up the table to my personal favourite a 21 year old sherry cask. It was a lovely informal way to end the day and we were deeply grateful to the Balvenie for sponsoring the whole event.

Another report on the Craft and Design blog here

Thanks to Joel Virgo our volunteer photographer on the day for images, Jan Lasnon of craft and design magazine for two of her images, Beth Tilston for filming (youtube to follow) Patricia and Sally for superb event organisation and the Balvenie for making it all possible.

The most important aspects of craft skills as chosen by delegates are as follows: