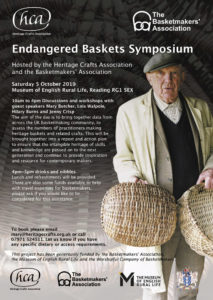 Where: Museum of English Rural Life, Reading
When: Saturday 5 October 2019, 9am to 5pm

Are you an expert on a heritage basket or regional style of basket that you think may be endangered?

Hosted by the Heritage Crafts Association and the Basketmakers’ Association, the aim of this event was to bring together basket makers and experts from across the UK basket making community to assess the numbers of practitioners making heritage baskets and related crafts.

This will be brought together into a report and action plan to ensure that the intangible heritage of skills and knowledge are passed on to the next generation and continue to provide an inspiration and resource for contemporary makers.

This project has been generously funded by the Basketmakers’ Association, The Museum of English Rural Life and the Worshipful Company of Basketmakers. 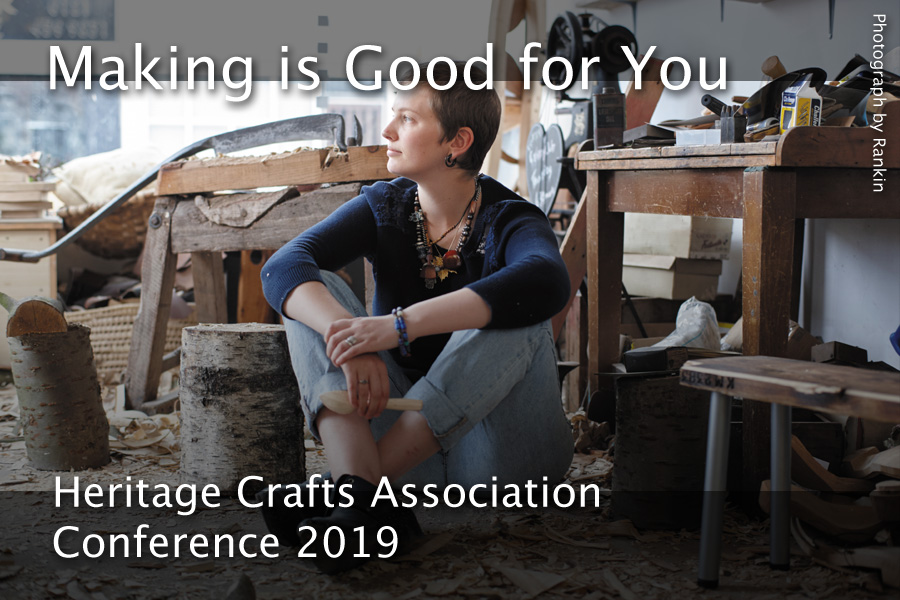 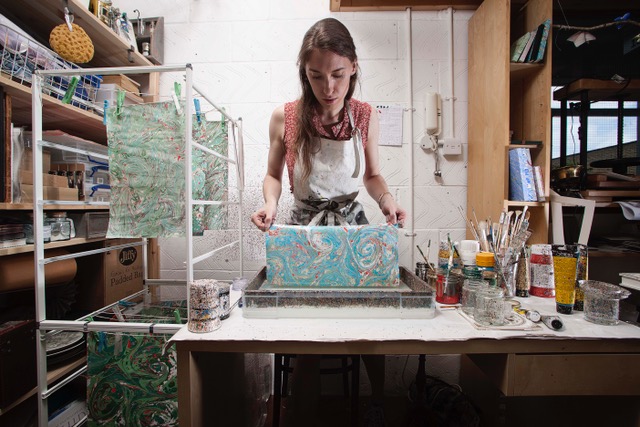 Making It! The HCA and QEST at the Worshipful Company of Carpenters

Craftspeople from the Heritage Crafts Association and QEST demonstrated an array of skills with opportunities for visitors to join in at the Carpenters’ Company on 9 May 2018. Demonstrators included 2017 HCA Maker of the Year fore-edge painter Martin Frost and 2017 Cockpit / The Arts Society Award winner paper marbler Lucy McGrath (pictured), both Red List critically endangered crafts.

At 3pm furniture maker and designer John Makepeace OBE gave a talk on how he made the Master’s Chair for the Worshipful Company of Carpenters, followed by a champagne reception that provided a further opportunity to interact with these exceptionally talented makers. 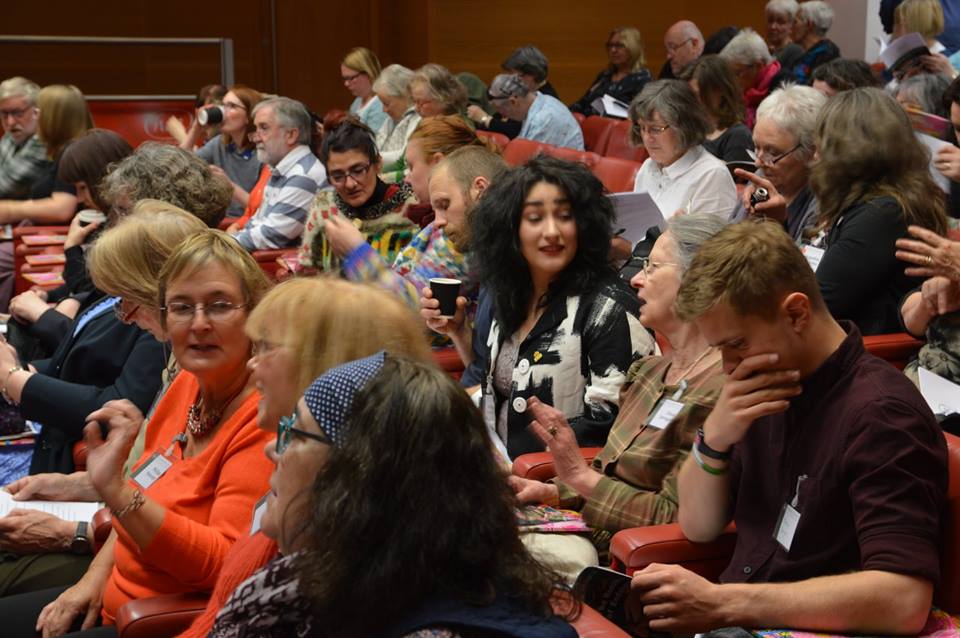 Crafts for the Future – HCA Conference 2018

HCA Patron and ceramics producer Emma Bridgewater was amongst our keynote speakers at our 2018 conference Crafts for the Future, held on 24 March 2018 at the Royal Society of Medicine in London. After lunch celebrated the winners and runners up of the Heritage Crafts Awards sponsored and funded by QEST, The Arts Society and the Marsh Christian Trust. In the afternoon session we heard from selected makers on the HCA/Radcliffe Red List of Endangered Crafts.

The Texture of Craft – the HCA conference 2017 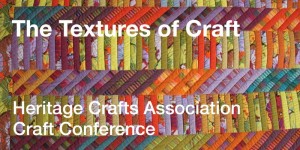 Kaffe Fassett, worldwide authority on textiles and colour spoke at the Heritage Crafts Association’s conference on Saturday 6 May 2017, 10.45–4.30pm at the Royal Society of Medicine, 1 Wimpole Street, London W1G 0AE.

Kaffe kicked off a spectacular day when craftspeople and those interested in our rich heritage of traditional skills could hear from makers, celebrate the best in the country, and find out more about our research on endangered crafts – The Radcliffe Red List. 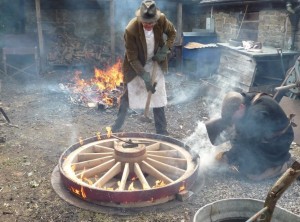 The Heritage Crafts Association and the Radcliffe Trust shone a spotlight on the UK’s most endangered crafts at the prestigious launch of their Red List project at the House of Lords. Hosted by HCA Patron Lord Cormack, attendees met and chatted with craftspeople and cultural sector leaders at the celebration of this groundbreaking project, which we hoped would trigger a significant turning point in the country’s support for heritage craft skills

Thanks to @heritage_crafts - the #Calligraphy and #LetterCutting Legend Ieuan Rees is doing a talk online right now - you can catch it on their facebook page https://www.facebook.com/heritagecraftsassociation