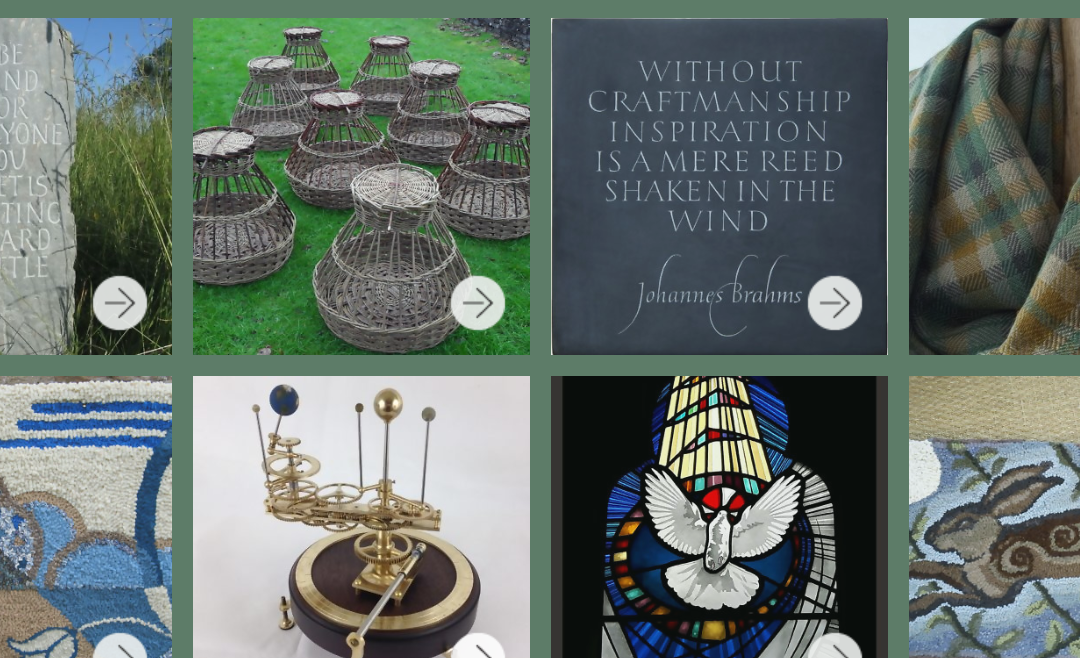 Here are just a few of the wonderful items made by some of the highly skilled craftspeople featured in The Makers, our showcase of work by members of the Heritage Crafts Association.  If you are a maker yourself, why not join the HCA and have your own profile on The Makers.

Watch our past online events

Throughout the COVID-19 lockdown we have been running a series of free online events on Zoom. Here you can re-watch the recordings for some of the previous events. Click here for details of our forthcoming events.

Katharina Pieper in Conversation (calligraphy) – 27 May 2021

The President’s Award for Endangered Crafts was established in 2020 by Heritage Crafts Association President HRH The Prince of Wales. Each year the President’s Award presents £3,000 to a heritage craftsperson who will use the funding to ensure that craft skills are passed on to the future.

The Heritage Crafts Association (HCA) published the latest edition of its groundbreaking HCA Red List of Endangered Crafts in 2019, which revealed that there are 107 endangered crafts in the UK. Crafts deemed critically endangered range from bell founding and damask weaving to orrery making and reverse glass sign painting. Other endangered crafts include a number of musical instrument making crafts, including brass, woodwind and percussion instruments, harps and Northumbrian pipes.

Applicants for the President’s Award were invited to submit proposals to help secure the survival of their craft, which must be listed as ‘endangered’ or ‘critically endangered’ on the 2019 edition of the HCA Red List of Endangered Crafts. 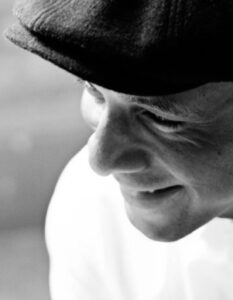 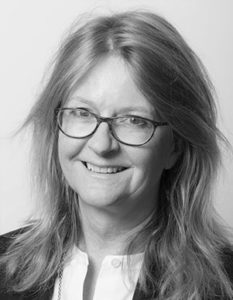 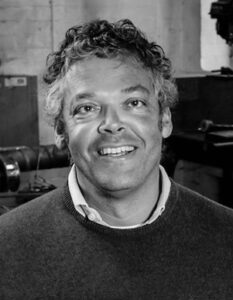 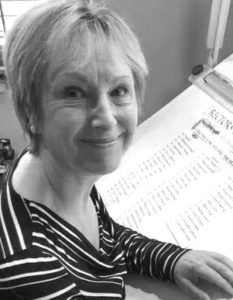 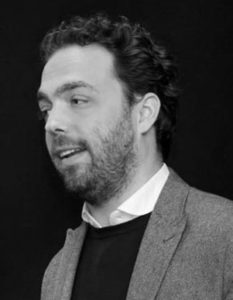 Applications were invited from those practising a craft listed as ‘endangered’ or ‘critically endangered’ on the 2019 edition of the HCA Red List of Endangered Crafts. Applicants must explain how they will use the £3,000 award to help secure the survival of their craft. 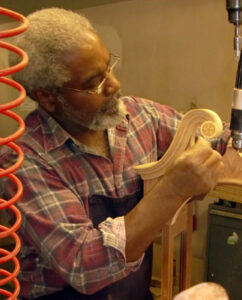 New research by the Heritage Crafts Association has unearthed more traditional craft skills on the verge of extinction in the UK, in the latest major update of its pioneering project, the HCA Red List of Endangered Crafts.

The research, which has been funded by The Pilgrim Trust, has found that COVID-19 has only exacerbated the issues faced by our most at-risk skills, after a year that has seen many craftspeople pushed to the brink.

20 new crafts have been added to the ‘critically endangered’ category of the HCA Red List, meaning that they are at serious risk of dying out in the next generation, including diamond cutting, mouth-blown sheet glass making, pointe shoe making and glass eye making. They join the list of 130 endangered crafts, including eight that have been reclassified as being at a higher level of risk than when the research was last updated in 2019. 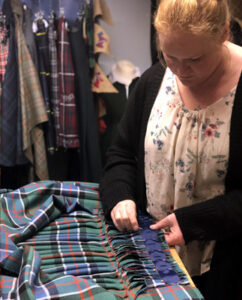 It’s not all bad news, however, as no new crafts have become extinct in the past two years, and some, such as gilding and pole-lathe bowl turning, have seen an upturn in their fortunes. In many cases this has been as a result of a new-found appreciation of the handmade and the need to support small businesses during the pandemic. In others it has been due to direct support from the Heritage Crafts Association, which since the publication of the last edition of the HCA Red List has distributed 27 grants of up to £2,000 each as part of its Endangered Crafts Fund.

Mary Lewis, who led the research on behalf of the Heritage Crafts Association, said:

“COVID-19 has been tough on everyone, not least the craftspeople who possess our most fundamental craft skills. Society is rapidly changing around us, and it is more important than ever that we are aware of the cultural assets still available to us, so that we can have an informed debate about what we want to safeguard as a resource for the future. If we allow endangered crafts to disappear then we seriously diminish the opportunities for future generations to create their own sustainable and fulfilling livelihoods, based on these skills.”

Whilst the UK has been a world-leader in the preservation of tangible heritage (museum collections, buildings and monuments), it has fallen behind the rest of the world when it comes to the safeguarding of intangible heritage (knowledge, skills and practices). Of 193 UNESCO members, the UK is one of just 13 that have not yet ratified the 2003 Convention on the Safeguarding of Intangible Heritage, and government responsibility for heritage crafts falls in the gap between agencies set up to support arts and heritage.

The HCA Red List of Endangered Crafts 2021 edition is available to view online at http://redlist.heritagecrafts.org.uk. 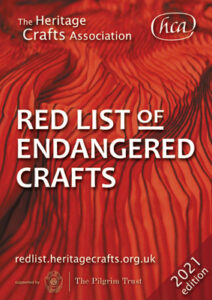 The 2021 edition of the HCA Red List of Endangered Crafts was led by Mary Lewis, HCA Endangered Crafts Manager, supported by The Pilgrim Trust. The project runs alongside Mary’s work in identifying and developing interventions to improve the prospects of such crafts, funded by The Swire Charitable Trust, The Garfield Weston Foundation and The Dulverton Trust.

For the 2021 edition, 244 crafts have been assessed to identify those which are at greatest risk of disappearing. Of the 134 crafts featured on the Red List, four have been classified as extinct, 56 as critically endangered and 74 as endangered. The remaining 110 are classed as currently viable.

Drawing on information such as the current number of craftspeople and trainees, the average age of practitioners, opportunities to learn, and other issues affecting the future of the crafts, including the impact of COVID-19, the research assesses how likely it is that the craft skills will be passed on to the next generation. From armour making and arrowsmithing to wig making and woodturning, each has been assigned to one of four categories: extinct, critically endangered, endangered or currently viable.

Four crafts are known to have become extinct in the UK in the last fifteen years (cricket ball making, gold beating, lacrosse stick making, and paper mould and deckle making) with one more (sieve and riddle making) brought back from extinction.

New endangered crafts (Crafts classified as ‘endangered’ are those which currently have sufficient craftspeople to transmit the craft skills to the next generation, but for which there are serious concerns about their ongoing viability. This may include crafts with a shrinking market share, an ageing demographic or crafts with a declining number of practitioners.)

The Heritage Crafts Association’s Endangered Crafts Fund was set up in 2019 to ensure that the most at-risk heritage crafts within the UK are given the support they need to thrive. The Fund is used to support makers and trainees who wish to develop or share their skills in the crafts that have been identified as being most at risk.

To date, 27 projects have been funded with support from the Garfield Weston Foundation, the Dulverton Trust, the Sussex Heritage Trust, Allchurches Trust, the Radcliffe Trust and the Swire Charitable Trust.

The Pilgrim Trust is an independent grantmaking trust that supports the urgent and future needs of the UK. It gives approximately £3 million in grants per year to charities and other public bodies that either focus on preserving the UK’s heritage or catalysing social change. Its preservation and scholarship fund aims to preserve the fabric of historically important buildings and to conserve significant collections and artefacts. It wants present and future generations to enjoy the rich and diverse heritage found throughout the UK.

We recently caught up with Jack to discover more about his progress and his passion for thatch - read the full feature here: https://www.qest.org.uk/a-day-in-the-life-of-a-thatching-apprentice/