Last night a select group of craftsfolk from around the UK left their workshops and headed to a very posh hotel in London’s Mayfair (yes the one with the most expensive houses on the monopoly board and in real life too) We were at the Connaught to celebrate the winners of the Balvenie Masters of Craft Awards, I had the honour of being one of the judges and presenting some of the awards. We had a great judging team but craftsfolk are most likely to know Kevin McCloud off the TV and Nick Hand wonderful crafts photographer.

Well it was a wonderful evening, hosted by warm friendly folk from the Balvenie. The stars of the show though were the craftspeople so lets announce the winners.

Christoph Gotting spent 20 years renovating the best 17th century instruments made by the like of Stadivari followed by another 20 making new instruments of the best possible quality. Apparently the ground and varnish are play a major part in the difference between a good violin and a great one. Christoph has undertaken 800 meticulously recorded varnish tests to produce instruments that are the probably the closest currently available alternative to an original Strad. 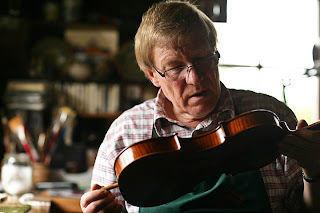 Ruth operates a shoemaking business from her workshop on the mid-Wales coast. She says her customers range from dukes to dustbin men, from young to old, yoga teachers, artists, poets, doctors and even the odd film star. Testament to her success is her current search for an apprentice 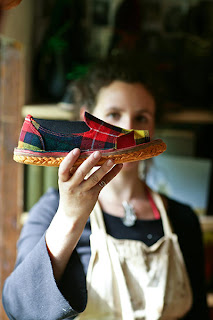 Stewart has been blowing glass for 28 years and runs London Glassworks. While his pieces celebrate traditional craft, they also have a strong contemporary aesthetic. Stuart is passionate about passing on skills and provides regular training and workshops 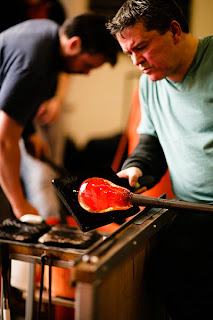 Iain is the fourth-generation weaver in his family. On the Isle of Lewis, he and his team of five weavers create high-quality cloth on traditional looms over 70 years old. They sell their cloth to some of the best tailors and fashion houses in Tokyo, London and Beverley Hills 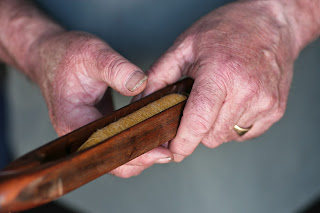 Jacqueline is a jeweller working with Whitby jet. Specialising in Victorian mourning jewellery, Jacqueline has developed innovative processes and formats that celebrate rather than disguise the inherent flaws of Whitby jet, allowing the natural beauty of the material to speak for itself 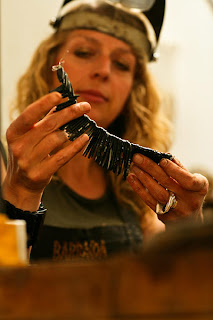 Deborah is a hand-sewn shoemaker. She is currently building a business that focuses on making bespoke men’s shoes by hand and has a new workshop on the shop floor at Gieves & Hawkes, 1 Savile Row, London 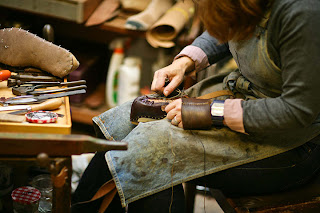 Wayne is a silversmith, goldsmith and precious metalworker, who aims to push the boundaries of traditional smithing by using 21st century technology. His designs are contemporary with wonderful form, line, texture and structure 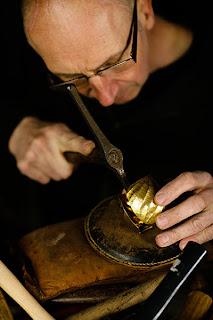 After the food and the awards we enjoyed some very fine whisky, my favourite of the evening being the 21 yr old Balvenie portwood, rather out of my budget but delightful to experience. It was quite moving to see how touched Christoph particularly was to receive his award and I hope this helps shine the light on these folks dedication and skills and raises the profile of craftsmanship generally.